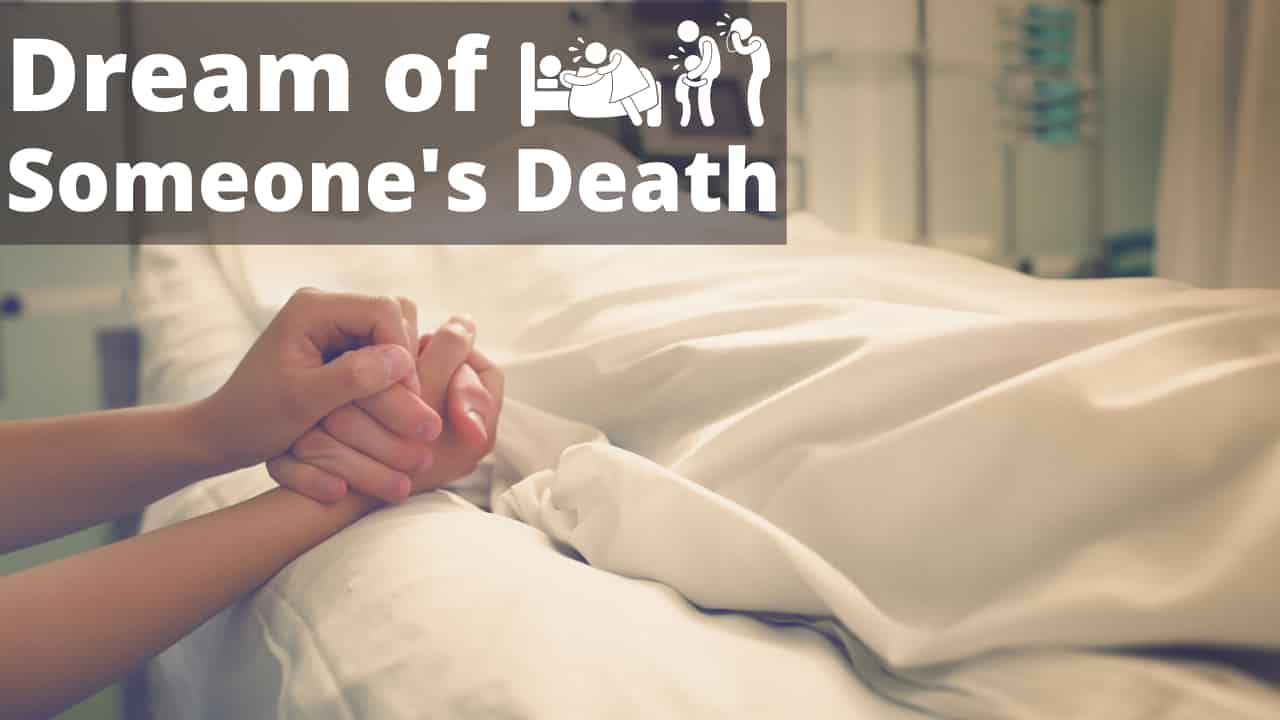 Have you woken up in the middle of your sleep because of the scariest dream of someone’s death? You must be petrified, shaking arms, numb body, and confused about how to react.

There is no need to be scared because dreaming about someone’s death is not as uncommon as you think. In most cases, the images of such death dreams remain stuck in your mind and disturb your daily routine.

While you must be feeling like you’ve just watched a horror movie, a death dream has much more hidden meaning. It holds a special symbolic meaning which will amaze you.

I know that asking you to remember your death dream again would be a scary thought, and that’s why I’m here to help you understand exactly what your dream means.

Let’s start, shall we?

General Interpretations Of A Death Dream

A dream about someone dying can be quite gruesome and unsettling. Generally, a death dream could mean that you’re undergoing a change or an end of a phase in your real life.

The person you saw dying could also possess a quality that you lack in yourself. Why would you dream about someone’s death? It may be because you have immense hatred for that person or you want to be free from that person.

Dreaming about the death of an already dead person or even dreaming about your own death can mean a lot of things. You can even question yourself. Is there someone or something you are trying to let go of? Let’s make this clearer for you. 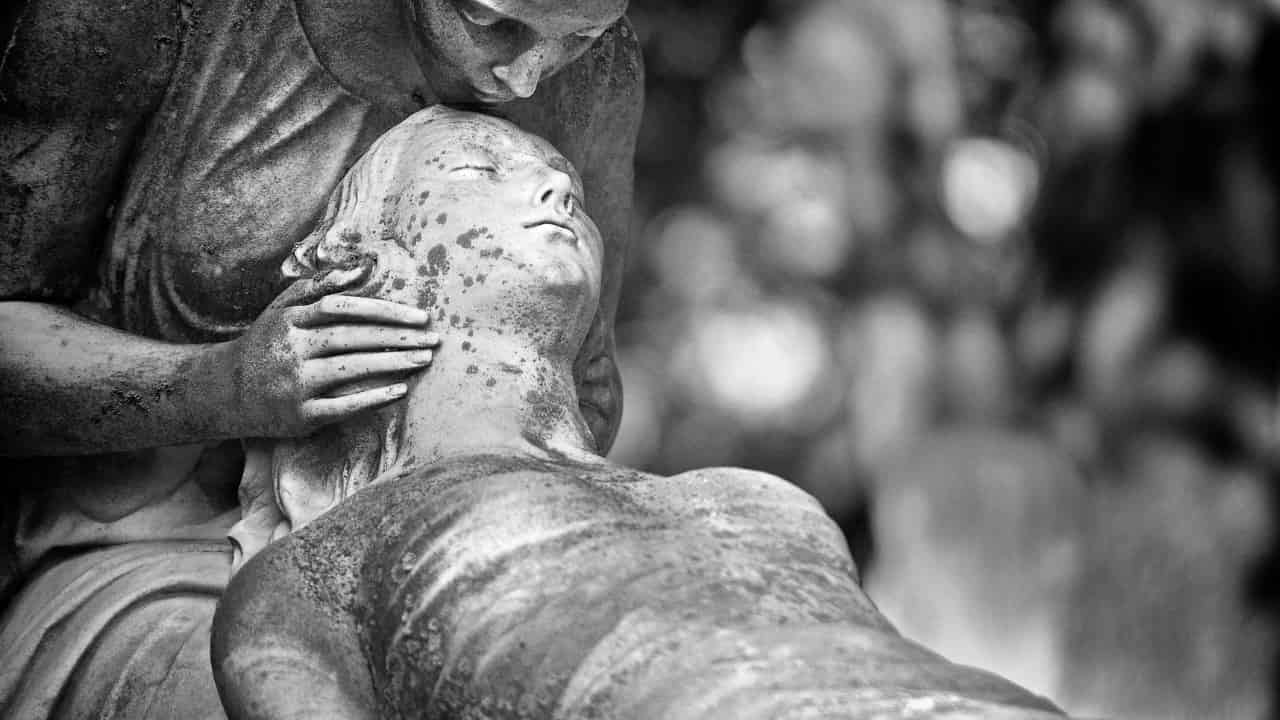 The most common interpretation of a death dream is going through a transition or a change. It could be the struggle to adapt to new changes or opting for a better job, or shifting to a new residence.

The way you react to death in your dream can also depict if you’re happy with the change or not. Your fears and desires for a new beginning could be the reason for a death dream.

2. What Is It That You Truly Desire?

Do you feel yourself competing with people you shouldn’t? If yes, you also know that you lose yourself while doing so and are unable to stop the negativity inside your head.

Death about a specific person whom you somewhat dislike could sometimes be a reflection of your true desires. The dying person may have a quality that you lack or secretly want.

3. The Last Chapter Of Your Book 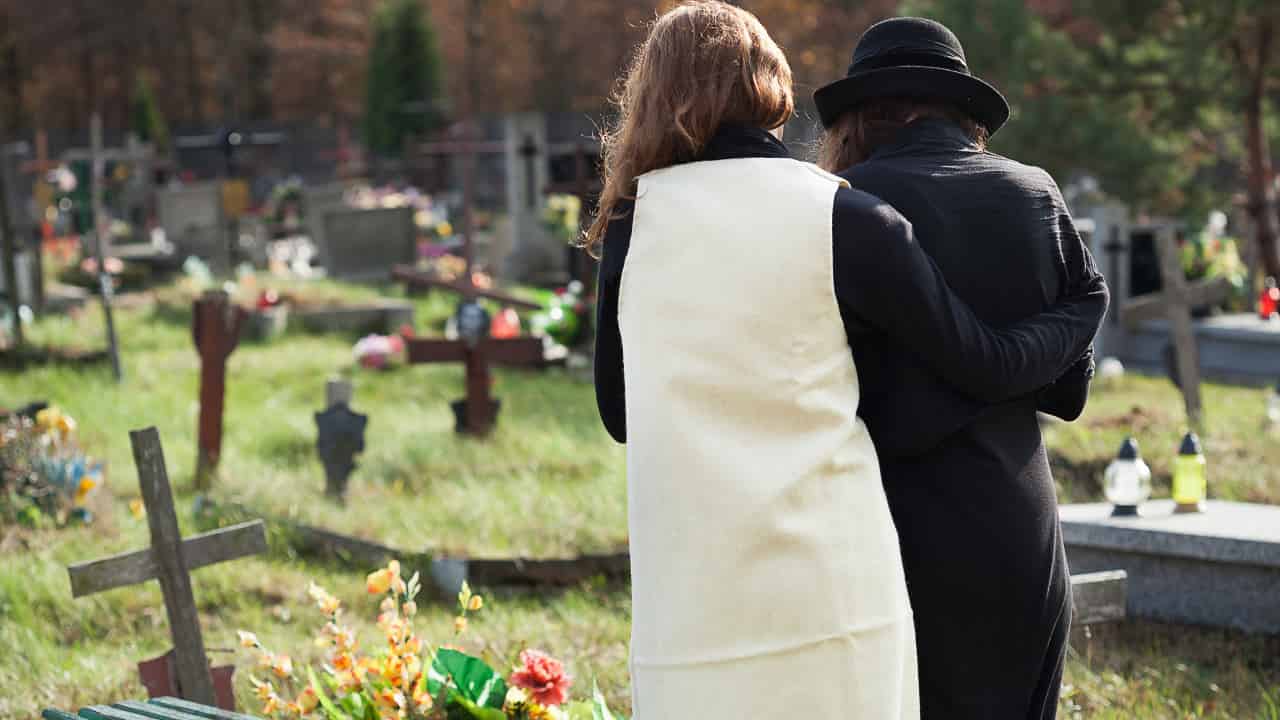 Death usually signifies an end, a final, or the closing phase in your real life. It doesn’t always mean death.

It could be a dreadful past that you’re trying to let go of or a bad habit that’s too difficult to give up. The dream could also be a sign and an encouragement to close a chapter and begin a new one.

Are you the person who just can’t say ‘no’? Are you someone who is over-caring and feels that your efforts are always one-sided? If yes, then a dream about death, specifically yourself, is quite understandable.

If you’re continuously sacrificing your needs, whether it be for a family or a loved one, a dream about your own death could be related to this type of sacrifice that you practice daily.

Various Scenarios Of Someone’s Death In Your Dream 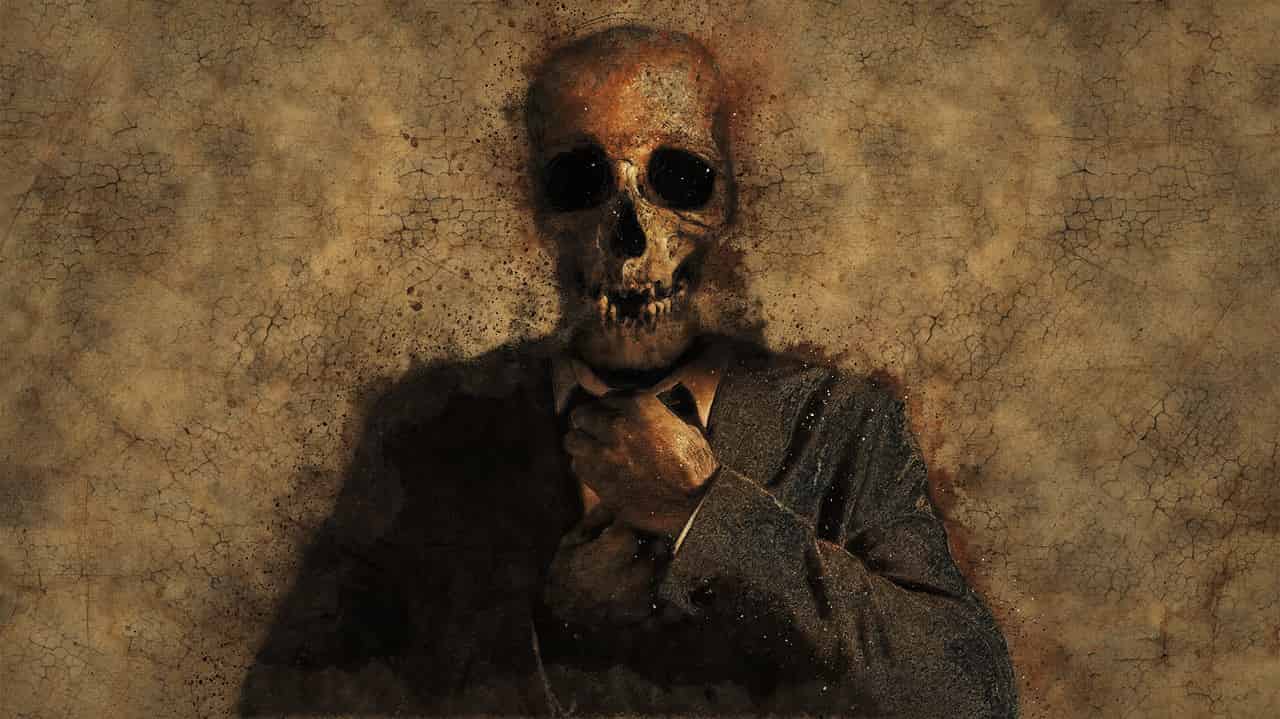 The last step of interpreting your death dream is analyzing various scenarios related to it.

Since the death, dreams can sometimes seem like a bad omen or a premonition; remember that at the end of the day, dreams are nothing but mere hallucinations.

Seeing A Loved One Dying

Witnessing the death of a loved one, whether in a dream or real life, can be very disturbing. If you dreamt about your mother, father, siblings, or partner dying, it denotes that your relationship with them is fading away.

It’s a sign that you need to re-establish your bond and have a heart to heart conversation with them.

Similarly, it signifies that you miss them or you fear losing them. If any of your loved ones are facing health issues, in that case, dreaming about their death is quite common too. 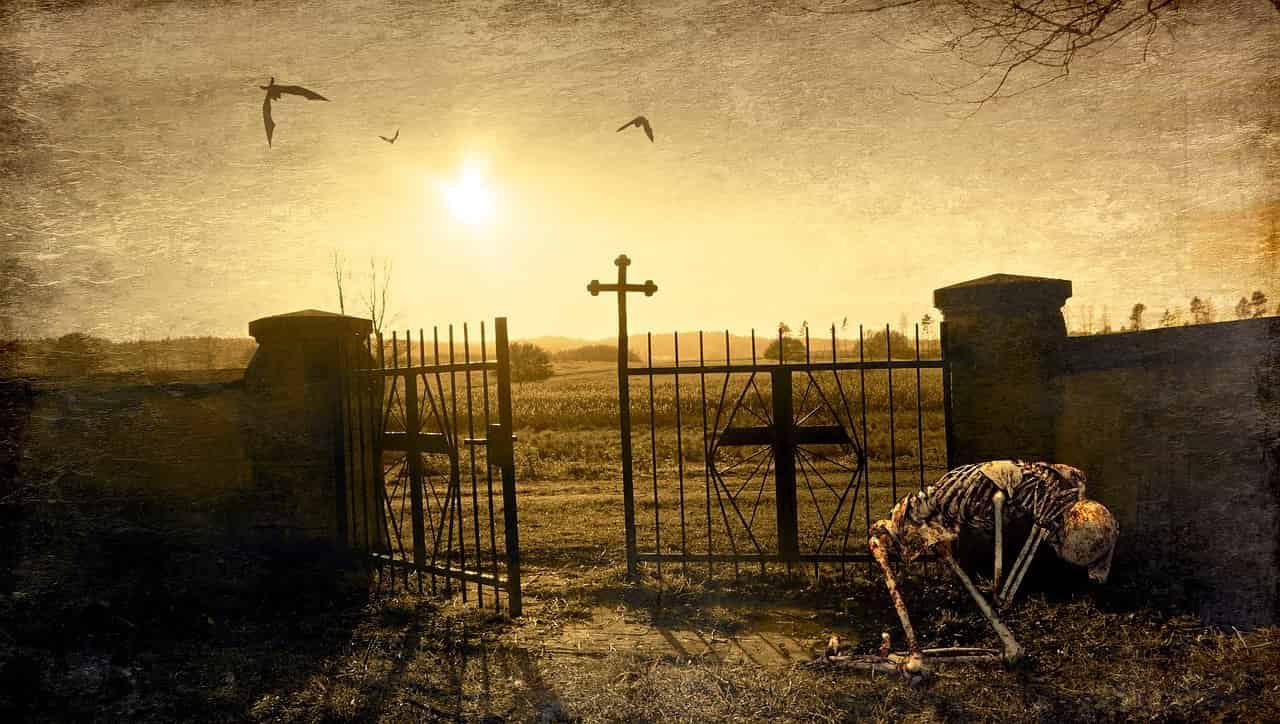 Hold on! You’re not really going to die. If you see yourself die, it means that you’re letting a part of yourself go. It can be a good or bad part. It can also mean that you’re going to encounter a big change in your life.

If you’re going through some stress or are in the making of an important decision, this death dream could be a wake-up call for you to analyze and think twice before taking an important step.

In common terms, dreaming about your own death could just be because you’re anxious and you tend to overthink about the concept of death.

Dreaming About Someone Dying Violently

Dreaming about a violent death denotes fear and anger. If you dream about someone dying violently, it can simply mean that the emotions of frustration and anger are being presented to you in this form.

These types of dreams often keep us awake all night. You may be hiding certain unresolved issues with someone, and your subconscious decides to depict it in this way.

A traumatic past or experience can also trigger violent acts in your dream. Unfortunately, dreaming of the violent death of someone isn’t good for your mental health. This means that our minds could be severely disturbed.

If that ‘someone’ is your partner in a new relationship, then it could mean that you’re resisting that relationship or you’re not ready for it. In other words, it might be toxic for you.

Dreaming About The Death Of A Dead Person 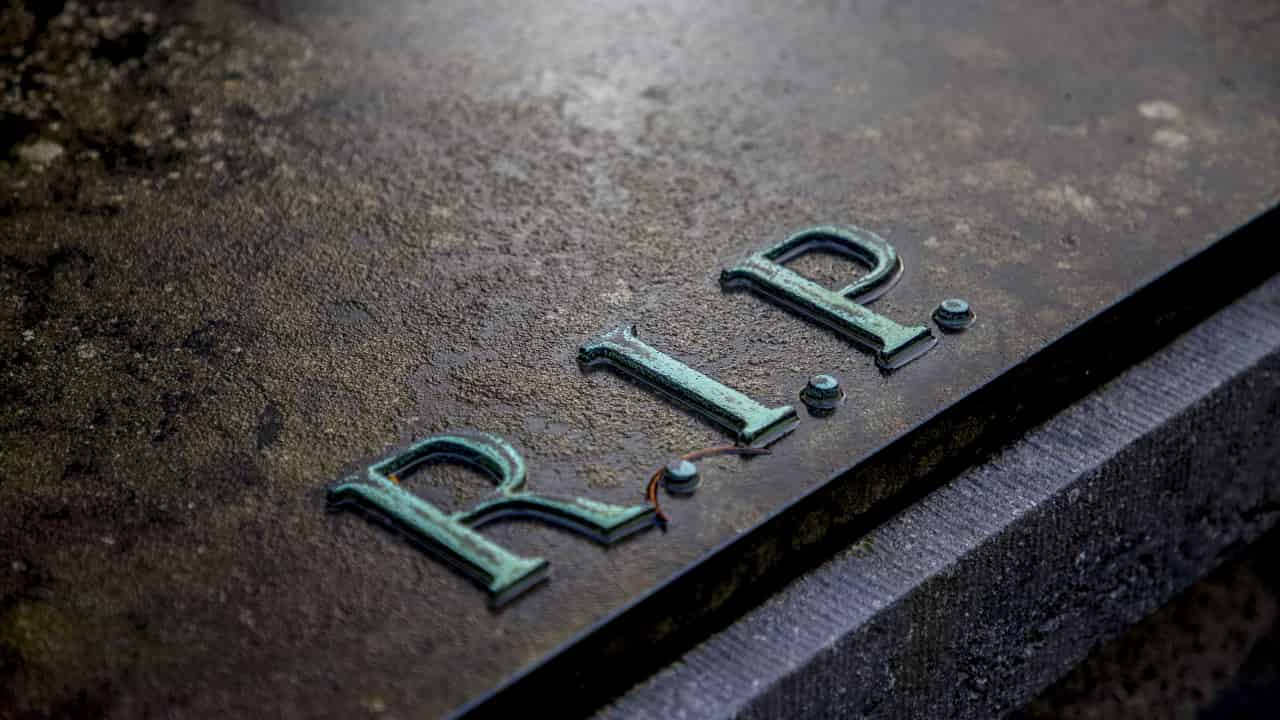 While these can be a little intimidating and you might wake up feeling confused, it can mean a lot of things. The deceased could be your loved one, a family member, a friend, or just someone you met.

Their death in your dream could all be a part of the grieving process if that person has died recently.

It can also mean that you’re somehow connecting with them on a spiritual basis. Witnessing the death of an already dead person reflects that the influence they had on you is fading away.

It’s not something to be guilty about; you’re just moving on and being independent. It also means that the way you remember that person is changing.

Dreaming About The Death Of An Unknown Person

Mostly, dreams are fuzzy, and you fail to see your dreams clearly. When you see an unknown person dying, it means that you’re a kind and charitable person, even to strangers.

On the other hand, if you’re an introvert and you dream about the death of a stranger, it signifies that you’re trying to open up to the outside world.

However, the unknown person can also be a part of your personality, which is dying. If in the dream you’re sad about it, it’s probably time to make sure you save it in your real life.

Finally, the death of an unknown person indicates new beginnings for which you aren’t completely ready. 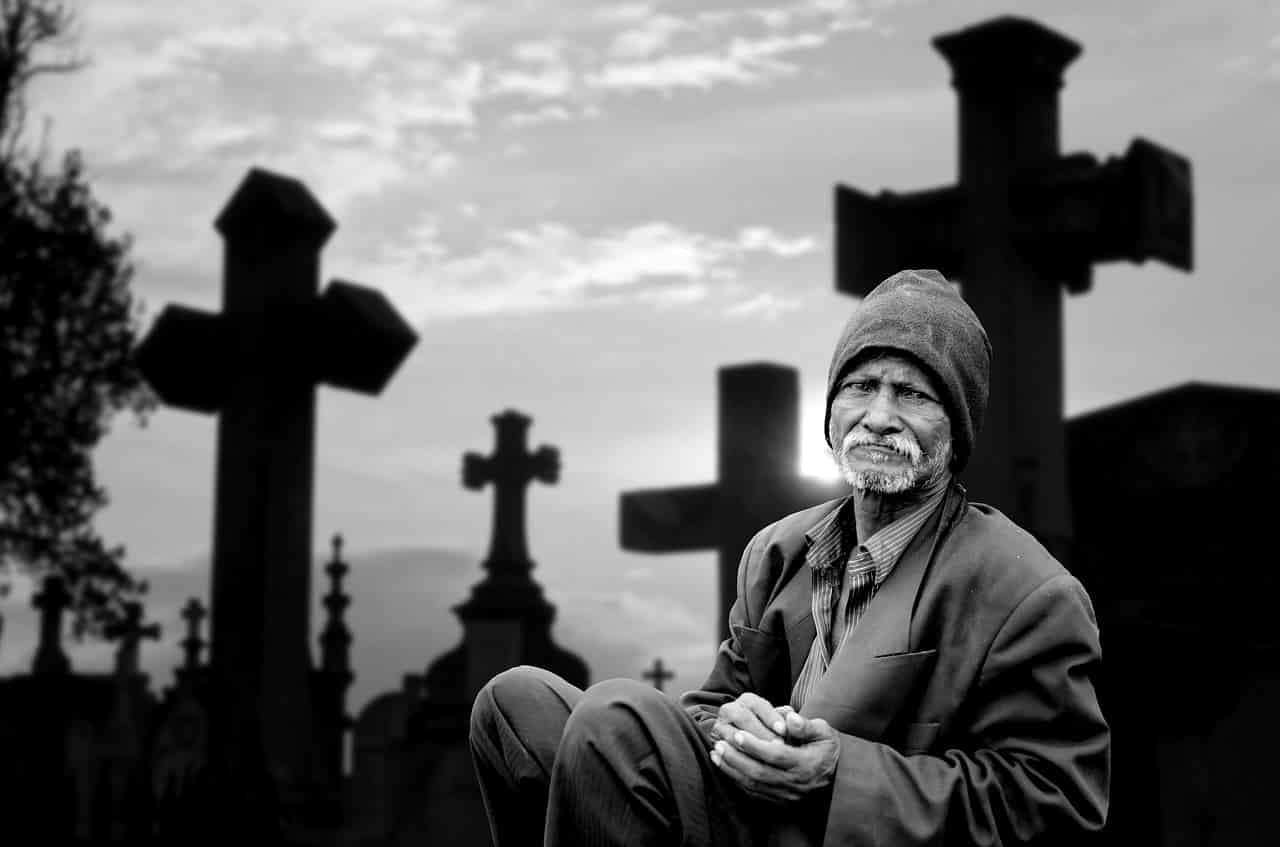 What Is The Islamic Meaning Of Death In A Dream?

This Islamic interpretation of a death dream symbolises a loss of religious faith and divorce as well as poverty.

If one sees himself struggling with death in a dream, it means he has doubts about Allah’s Revelations. Also, the death of a mother means that the dreamer’s goals will not be fulfilled.

Why Do We Dream About Death?

You might think that your subconscious plays an unfair game by showing you certain things in a scary way, such as death.

However, we dream about death very commonly when we mark the end of something or undergo a change. It doesn’t really mean that someone is literally going to die.

What Does It Mean If You Dream About A Child Dying?

Dreaming about a child’s death symbolises the fear of losing your childishness or innocence. It also indicates a need to reflect on your actions.

If he’s your own child, it could mean that he/she has achieved a milestone such as taking their first walk, and you fear that they’ll grow fast.

Dreaming about death can be daunting and fearful. They can be difficult to deal with, but these interpretations will help you to analyze them. Hopefully, you can now relate your real-life situations with your death dreams and not panic about it.