Spooky, uncanny, ghostly! What do these words possibly implicate? Well, such words carry the ability to usher chills to your bone. Even the thought of ghosts or paranormal activity can unsettle you.

Now, how about experiencing a ghost dream? Terror and fear would probably run through your spines while even imagining it! However, there is always a strange factor related to any dream.

Several meanings and scenarios associated with experiencing such a dream could have a specific impact on you. The reason behind a dream is mostly mysteriously intriguing.

Dreams carry a slight reflection of your daily experiences and also the emotions you might be going through.

The General Meaning Of The Dream

Various traditional and historical beliefs have been a part of our culture when it comes to ghosts. Moreover, several superstitions are also associated with spirits.

These superstitions play a significant role in influencing the mindset of people in various circumstances.

Dreams in which you encounter ghosts can be referred to be as a visitation dream. It is also said that spirits can easily make their way to your mind through these dreams.

Moreover, someone you have recently lost might come to your dream to guide you. These are some of the basic interpretations that you can make out of the dreams you see.

Now, let us delve into some of the basic meanings associated with ghosts.

1. Correlation Of Ghost With White Sheets

A white sheet is often associated with ghosts. Furthermore, we link ghosts with dead people, as after their death, their soul is bound to leave the body behind.

And the dream about this soul is perceived to be of a ghost. Therefore, the dead person’s last sight with a white cloth is associated with their after-death encounter.

Moreover, this association is generalized for any wandering soul, which is either felt or seen.

The primary mode of information that has familiarised people about ghosts are the anecdotes and the stories. These have given people different approaches to deducing information about ghosts. 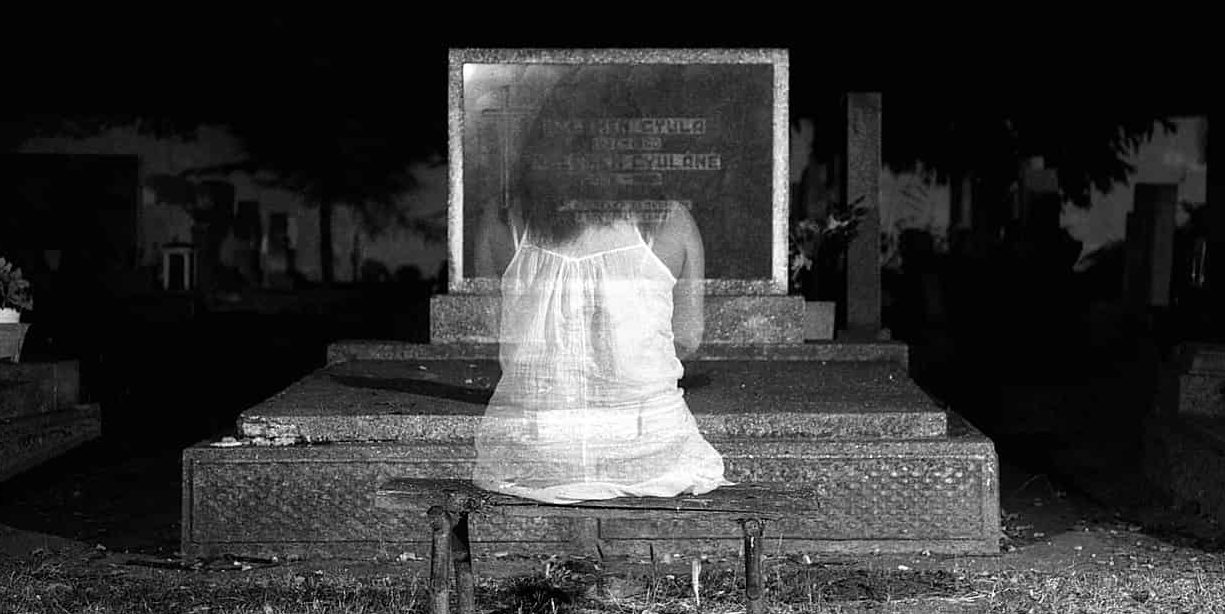 The beliefs circulating regarding ghosts have had a major effect on the opinions of people. Ghosts have been a part of our culture since ancient existence.

Their association with destruction and negativity comes from the stereotypical thinking of people. Over time, these beliefs have changed with certain experiences, rumors, and stories.

Various Interpretations Of A Ghost Dream

There are several interpretations that you could make out of ghost dreams. Such dreams can implicate numerous signs and symbols. You can refer to these symbols for understanding the reason behind your dream.

Most of the time, there is a negative aspect to seeing a ghost in your dream. But wait… You never know what’s coming your way!

There can be many implications for your ghost dream. Getting acquainted with diverse possibilities will give you an insight into multiple aspects into which your ghost dream could fall.

Let us look at some of them down below.

There is always something unusual when it comes to a ghost. You are often bound to experience a change of environment as soon as you start talking about a ghost.

Seeing a ghost in your dream might suggest that you are going through a disturbing phase in your life.

Another approach towards seeing a ghost dream can infer that you might face an unusual situation in your life. Therefore, after the dream, try to be aware and prepared for any unexpected incident.

There are several attributes that could be linked to ghosts. Freedom is one of them. Ghosts have the freedom to go anywhere they want.

Hence, if a ghost appears in your dream, it might reflect on you as a person who loves freedom. It could also mean that something is stopping you, and you need the freedom to explore yourself. 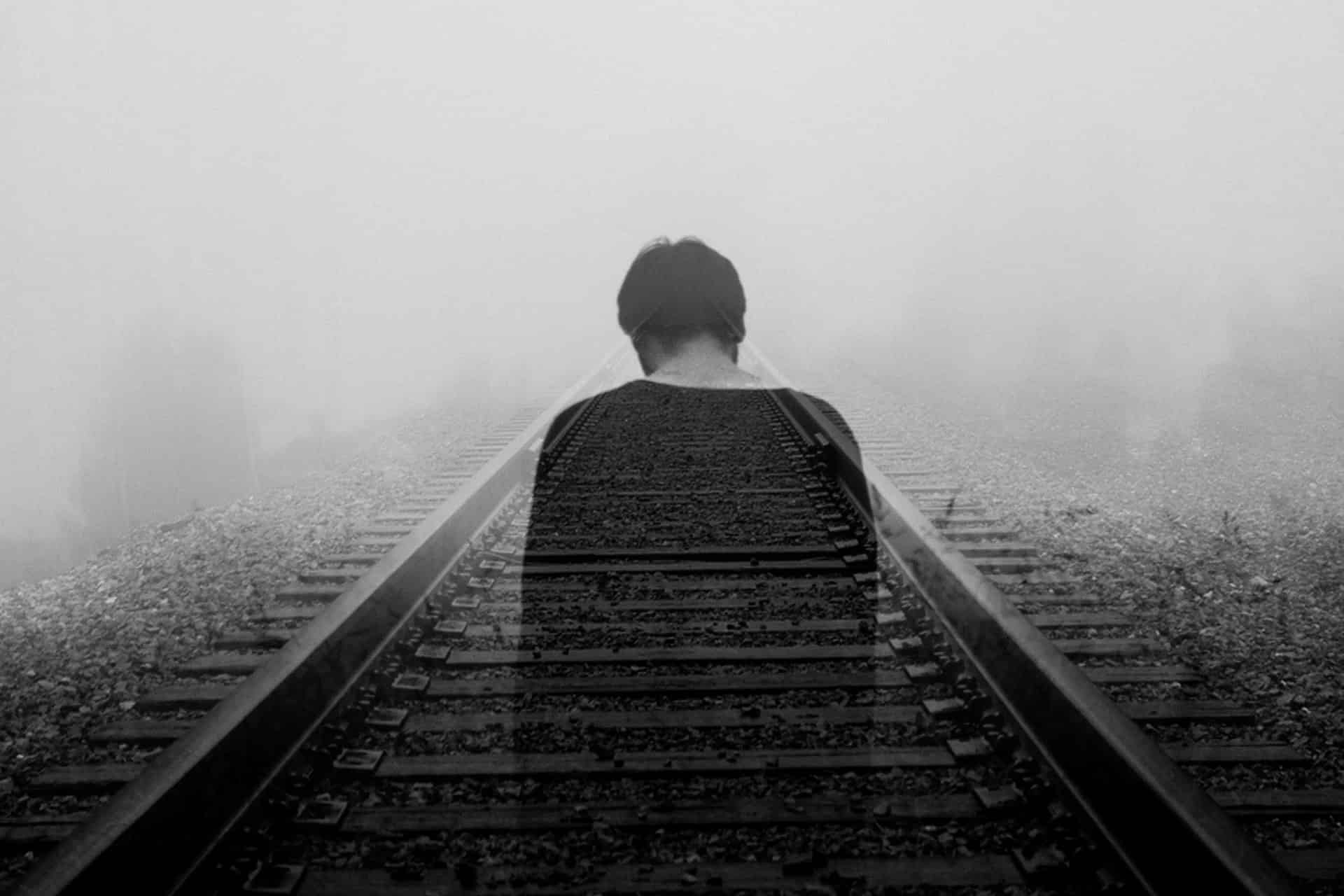 This loss of connection can create a gap. Therefore, having a ghost dream might be a message for you to try filling the gap.

Well, seeing a ghost can be very disturbing. There are moments in life when you come across incidents that are not predictable. Experiencing a ghost in your dream could be a signal to one such instance.

What we consider a ghost is merely a spirit. There are chances that your ancestral spirit has come to make you aware of the unfavorable future incidents you might face.

Therefore, it is better if you are prepared for certain unexpected incidents after having such a dream.

A ghost is mostly perceived as a gloomy entity. Whenever you talk about ghosts, there is something in the air that horrifies you and makes you feel uncomfortable.

Moreover, the element of terror is associated with ghosts due to the amount of destruction it may cause. Therefore, its appearance in your dream could be interpreted as a sign of such destruction.

The Different Dream Scenarios You Can Experience

You experience dreams regularly, and they can have multiple interpretations. There are numerous possibilities of a dream you can see.

When it comes to dreaming about ghosts, there can be many scenarios. Each of them can have a distinct meaning in some or the other way.

If you denote something to be upside-down, it could mean that the situation is unfavorable or unexpected. In such cases, everything around you would seem to be going haywire.

The dream about a ghost appearing upside-down could be absurd. It would possibly implicate the current issues you are dealing with within your life.

There are times when you are stuck in certain circumstances that make things go the other way round. The seriousness of such incidents challenge your comfort level and make everything disheveled.

Therefore, the appearance of ghosts being upside-down would probably give you an idea about such problems.

Dream About Ghost Attacking You

There are instances when you are surrounded by people who make your life unbearable – directly or indirectly. Having a dream about a ghost attacking you could depict one such situation of your life.

Taking a different approach while interpreting the dream, you could also consider that unfavorable situations are at your door. Therefore, whenever you have a dream about a ghost attacking you, be careful!

Dream About Ghost Possessing You 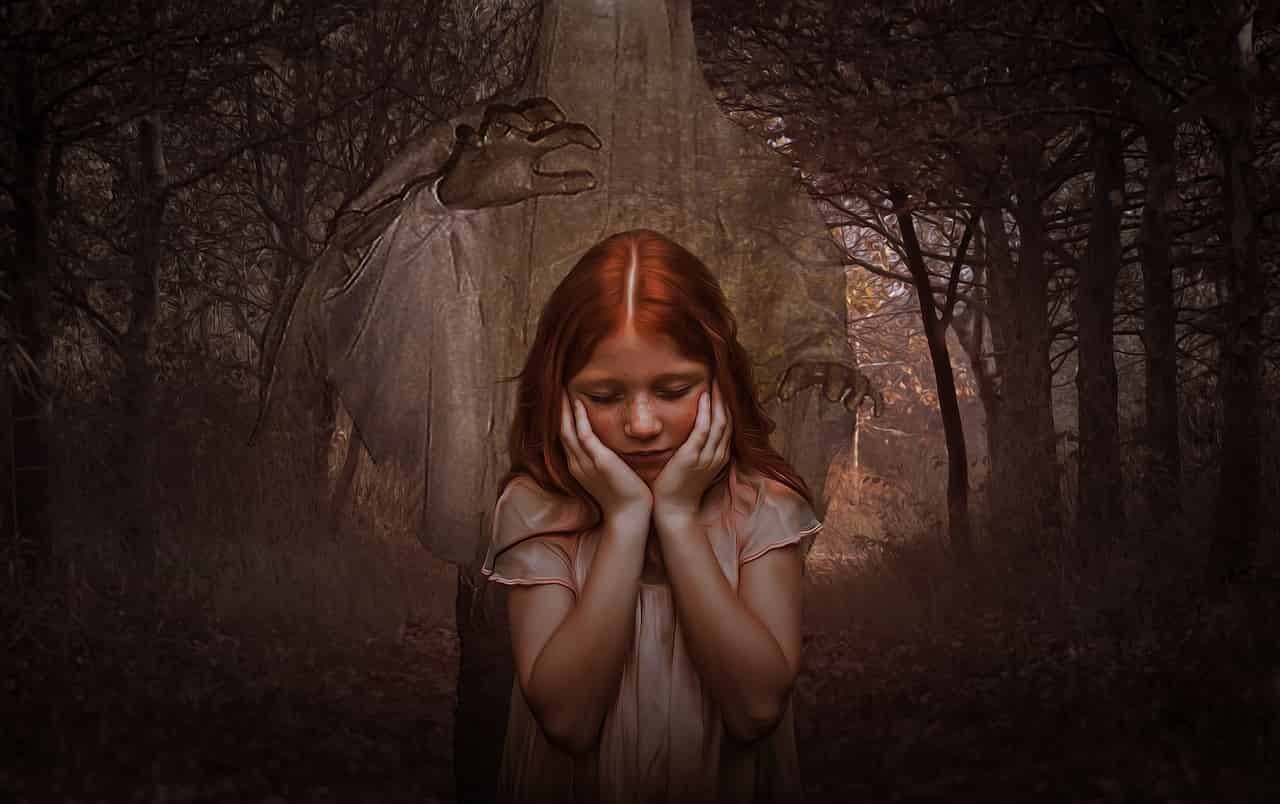 If you dream about a ghost possessing you, it could mean that anyone easily suppresses you. Another aspect of this dream could mean that someone is either taking advantage of you or is taking you for granted.

Hence, whenever you see such dreams, just run through a check on your acquaintances. It is good to be sure about the people who are around us.

Dream About Ghost Running After You

Seeing a dream of a ghost running after you can have several meanings on its part. You can refer to its meanings depending upon the situation you are going through.

Let’s look at the first meaning. There are instances in life when you are burdened with a lot of stress in life. The appearance of a ghost in your dream could exhibit your situation at that moment.

Now, consider the other possible meaning. There could be moments in life when you are losing or ignoring something essential.

Hence, the ghost running after you in your dream would signify to bring your attention to an important task at hand.

Dream About Seeing A Ghost During A Road Journey

There is always something exciting when it comes to a road journey. You have several things to explore. What if that journey becomes a medium of terror?

Experiencing a ghost in that road journey can be one such horrifying experience.

But if you dream about seeing a ghost in your road journey, it could have a significant meaning hidden in hindsight.

If it might be possible that you are about to start a trip, and something unusual is going to happen. So, such a dream could make you aware of the unpredictable incident you need to be careful about.

What Does It Mean If I Saw A Dream Where I Was Taken To A Different Planet By A Ghost?

If you dream of being taken to some other planet by a ghost, it could mean that you are inclined towards celestial bodies and science.

I Saw A Dream Where A Ghost Was Reading A Book In A Library. This Made Me Wonder, How Were Ghosts Depicted In Ancient Literature?

In literature, the ghost story is referred to as an imaginative plot that consists of mysterious incidents. From religious artworks to folktales – ghost stories persist in all forms and creations.

The genre of stories that provoked the feeling of fear in the readers was known as horror literature. The suspense factor was carried forward by slow revelation and hints that made the story more frightening and compelling.

The writers of the romantic age of English literature initiated the rise of horror stories due to the increasing demand for supernatural elements.

The writers of the Victorian era also laid great emphasis on writing ghost stories.  They precisely followed the ghoulish genre to write such a pattern of stories.

I Saw A Dream Where A Ghost Was Roaming The Hallways Of A Gothic Cathedral. How Were Ghost Stories Signified In Gothic Literature?

Gothic literature consists of another form of horror story. Such stories came into consideration in the 17th century. This genre is a multidimensional creation of imagined and metaphoric spirits.

Themes of such forms of literature included evil characters as well as ancient prophecies.

These kinds of stories were set at places that had castles, monasteries, and similar settings.

I Saw A Dream In Which A Ghost Could Not Enter My House. What Are The Ways That Can Make It Possible In Reality?

There are several ways in which you can experience paranormal activities. Actions such as unusual noises and disturbances have the ability to disturb you.

There are diverse ways in which you can try to keep the ghosts away from your house.  As ghosts prefer darkness, you can try switching on the lights and leave them on.

Doing this would create an unfriendly environment for spirits to come. You can also prefer placing a mirror in front of the door of every room.

Try to get rid of the disturbing elements of your houses like rodents and molds.

I Saw A Ghost Residing In My House. What Does This Signify?

Well, having a ghost at your home would not always consist of a physical presence. There are certain signs and symbolism that could indicate the presence of a ghost in your house.

If you hear the slightest knocking or tapping, even if there is no one – then beware! Things are not going on track.

Moreover, the unusual sounds, laugh, smell, or a feeling of someone’s presence are an indication that ghosts might be present in your house.

In some cases, it is possible that you don’t encounter any such signs. In that case, a sad emotion will persist in your house, or you might feel off or see strange dreams.

After coming across most of the possibilities, interpretations, and meanings – such factors regarding a ghost story would stand more transparent to you. So, you would now have a clearer picture of interpreting a ghost dream. Moreover, the dream scenarios and respective meanings would help you in interpreting certain aspects of your dream.